Great Article on the Pervasiveness of Steroid Use in Sports 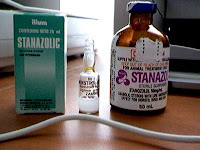 I apologize to readers for not posting the 2nd installment to my Specialization in Youth Sports, Good or Bad article (something I will do late next week), but I came across a piece that references true experts, like Dr. Yesalis, in a discussion regarding steroid use that I thought was good and important to direct attention to. The title of the blog article is PSU Prof Yesalis and "Game of Shadows" authors Williams and Fainaru-Wada on steroid panel at Penn State; Yesalis says 95% of NFL players use HGH and it is from an online blog journal called Steroid Nation.
For those of you that do not know Dr. Charles Yesalis, he is one of the foremost U.S. experts on the nonmedical use and abuse of anabolic-androgenic steroids (AS) and performance-enhancing drugs and dietary supplements. He has testified before the United States Congress on four occasions regarding the use of these substances in elite sports (high-level amateur athletics at the high-school, college and Olympic levels), and by children. In 1988 he directed the first national study of steroid use among adolescents and was the first to present evidence of psychological dependence on AS. He has also studied the incidence of AS use among elite power lifters, collegiate athletes, and professional football players. In 1993, using nationwide data, he demonstrated the association between AS use and violent behavior, as well as an association with the use of other illicit drugs and alcohol. His credentials alone are enough to place heavy weight on what is discussed without having to elaborate on any other experts’ credentials that are listed in the piece.

His expertise is unquestionable, and he is the person I looked to for information on the consequences associated with the abuse of steroids for the section on "cheating" in my book Becoming a True Champion.

There are several quotes by him in this article from Steroid Nation that may be of interest to many different sports fans. Even though my, and this blog's, focus is not centered solely on the use of steroids, the attitudes, justifications, and reasons behind their use (which leads to the pervasiveness of this use) are of central focus and concern; thus, the reason for directing attention to this article. If you don't believe that pervasive steroid use is a big problem in professional and elite level sports, you need to read this article.

I hope this piece is as informative and interesting to you as I found it to be!!!