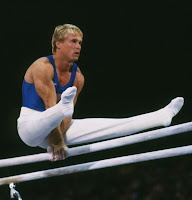 I suppose the best answer to this question of specialization in sports (and I know I might get some grief for this) is that there really is no best or right answer, at least no right answer for everyone and every situation. There are just too many variables in order for one answer to truly be beneficial for all. In fact, doing so would not only be inappropriate but completely unfair to the athlete and/or situation they might be faced with. So, even though it might seem vague at first, let’s start with some general guidelines (and I do mean general; some will even come up with scenarios that would simply not fit these general guidelines either).


I do, in general, believe that young people who participate in sports should, within reason (too many is not good either), participate in a variety of sports. There are several reasons behind this, not the least of which is to help them become more well-rounded individuals. Young athletes should learn and know how to run, jump, shuffle, sprint, jog, hop, and skip along with catching, throwing, shooting, balancing, kicking, batting, etc. All of these skills combine to make a well-coordinated individual, giving them the opportunity to choose a variety of activities throughout life to keep them fit and healthy. The physical and developmental benefits of doing this cannot be argued with. I also believe, again in general, that specializing at a young age does not take into account different rates of maturing, genetic makeup and talent, nor the changing level of interest that young people tend to go through as they grow and get older. So specializing, for most, at too young of an age pigeonholes kids, decreasing their opportunity to make choices and develop other interests and talents. Remember that the biggest, strongest, fastest kid at 7, 8 and 9 years old is rarely in the same position as a teenager. You just never know. And all of these factors are in addition to the increased risk of overuse injury that seems to be attributed to so much repetition occurring, especially at younger ages, when one participates/practices in the same activity all the time

Having said all of that, there does come a time when an athlete may want to consider moving from a framework of playing several sports to one where they narrow their focus and choices down, and yes, even down to only one sport (depending on the individual and/or sport). As far as when that best time is, I can only make a suggestion, and for most, in general, that suggestion would be in high school. Say, somewhere after their freshman year.

With regard to what factors determine whether this is the right decision, well, there are several that an athlete can rely on to help settle on what is best for them. First, would be the level of interest and desire the athlete has for specializing in a sport. And most importantly, and certainly relative to their interest/desire, are the objectives or goals they are seeking to achieve in that sport. For example, there unquestionably is a difference between an athlete who just wants to play sports because they are fun and they love to compete, and the athlete who is looking to compete at the Division I level on scholarship at college. In addition, there is also a difference between these two types of athlete above and the one who is looking to achieve elite/national, Olympic, or professional status. Basically, the higher the interest/desire and level, or goal, the athlete is looking to achieve, the greater the likelihood there is a need for specialization. In fact, there is solid research out there that shows that athletes need about 10 years and/or 10,000 hours of practice in order to reach what one might consider “expert” levels of performance, say the kind of mastery that would take on athlete to the national, Olympic, or professional levels.

This is why it is essential that each athlete look at their situation as an individual first and foremost, taking into account all the factors (talent, interest/desire, objectives/goals, current level of play, etc.) that impact where they are, where they want to be, and what they want to get out of their sports participation in order to make the best decision for themselves. The athlete who is merely looking to play high school sports should, in all likelihood, participate in all the sports they truly have an interest in and can realistically fit into their schedule, while the athlete looking for a higher level of mastery based on what they are looking to achieve will be the ones having to consider the route of specialization.

Before I continue, I do want to make a point regarding the low percentage of athletes who make it to the college level of sports on scholarship, let alone the elite/national, Olympic, and/or professional levels. It is a fact that only a very small percentage (I believe it’s less than 1 or 2 percent) of all young athletes who play sports will ever reach college scholarship status. And the percentage of athletes who reach levels even higher than this are much lower, the chances are very remote. So many may ask the question, “Why dedicate so much energy and time to playing one sport when the possibility of achieving goals, as you describe, are so low, and/or, if so many ‘fail’ to achieve what they want, even if they choose to specialize, isn’t what they are going to lose of far greater importance?” These are very good questions. However, this is where keeping sports participation in perspective is so important. It is not the “reward” (the scholarship, state, national, and/or Olympic championships) that should be of utmost importance, but going through the process of trying to achieve these goals that holds the most value to an athlete working toward objectives like this. This process far outweighs the extrinsic reward they may or may not receive through their efforts. It brings intrinsic value to them that can then be applied to other aspects of their lives.

Let’ say, for arguments sake, a young athlete dedicates themselves to becoming a state champion in swimming, and the only way they see this happening (for them) is through specializing in that one sport. They work very hard, putting in many hours and giving it everything they have; however, in their last season of high school (their senior year) they end up 2nd, 3rd, or maybe even lower. Now I know they may initially feel very disappointed, maybe even that they failed, but have they truly learned any less than if they had taken first and won that state championship? In reality, what they learned about themselves through their efforts, about what it takes to achieve something, and about who they are on the inside has so much more value to them than that first place medal would have had hanging around their neck. I am sure they wouldn’t see it that way initially, but they would someday.

You don’t have to just take my word for it, ask those who have been through it. If you were to ask a former National Champion athlete if they had taken second instead of first, would all of their efforts have gone for naught, I don’t think they would say that that was the case. I know I wouldn’t.


Article #3 will take a closer look at specialization with regard to the type of sport itself. Don’t miss this final piece to the puzzle of specialization, good or bad?