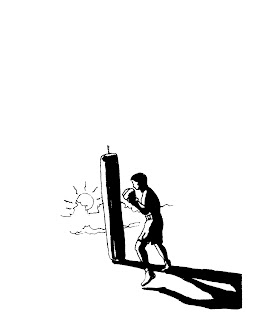 I have been debating for a while now on writing an article that focused on the growing trend for athletes to specialize in only one sport. It certainly is a hot topic in high school athletics, especially between coaches, parents, athletic directors, etc., and it definitely can create heated discussions between these parties due, in part, to strong opinions on the subject. I will be writing this article over the next two weeks and dividing it into 3 parts in order to break up its length. Below is part 1.

I would estimate that over the last two or three decades, there has been a definite decrease of the number of young athletes who participate in a variety of sports (usually referred to as the multi-sport athlete), especially at the high school level, and a definite increase in the number of athletes who focus their attention on only one sport. This begs to ask the question, as the title of this article indicates, whether this trend is a good thing or bad.


Well, there are certainly strong opinions on both sides of the fence of this issue, and both have sound reasoning behind their thought process. On the one hand, you have those who believe that specialization is hurting young athletes because it does not allow for the development of well roundedness in the individual. That it decreases an athlete’s ability to gain knowledge, skill, physical development, and benefits from a variety of sports and activities. That because of this it may hamper their interest as adults to stay active. That the increase in specialization has also coincided with the increase in sports burnout and overuse injuries – and keep in mind that many of the injuries occurring in young athletes today were rarely seen by medical professionals before specialization became popular. That the reason for specialization is due to the pressure that the athlete is getting from parents, coaches, and/or the athlete themselves, in order to gain a scholarship to college and/or compete at the highest level (none of which is too far off the mark, if at all).

It certainly is difficult to argue with the above reasoning, even though there does not seem to be a large amount of statistical research that proves everything listed above. From my perspective, however, I do believe all of it to be true, at least based on my experience as a physical educator, coach, and parent of two college-level athletes who have grown up in the current youth sports environment.

On the other side of this argument (having just as strong opinions, and basis for those opinions, as the supporters of multiple sport athletes) are the individuals who encourage sports specialization. This side of the fence encompasses those who believe that athletes need to dedicate time to a single sport in order to compete with the level of expertise that is out there

today. That so many are choosing to specialize, and becoming much better in their sport of choice because of it, some may not even be able to make their high school teams if they don’t concentrate their efforts in one sport (much less a varsity team when they are older); thus, limiting their opportunity to participate altogether in something they love to do. That if they actually have any aspirations to compete beyond high school, specialization is not optional but a necessity. That if they truly are in it to see how good they can get, and in the end reach some level of mastery or their potential (and the self satisfaction that can come from this), then they must spend the kind of time in the gym that can only be attained through a strong focus in one sport.

My experience has also proven that for many, the above reasoning is true as well. I have seen, and coached, varsity level teams that athletes would not be able to make if they did not specialize. I also believe it to be a fact that the average athlete today, in just about every sport, is much better in knowledge, skill, and performance than the athlete of several decades ago, due in part to this specialization. And, I also know athletes who, if they had not specialized, would not have garnered the college scholarship they were seeking.

Now, I am well aware of the exception to the rule that the extremely gifted bring to the mix. You know the ones, those who have the genetic natural talent to play just about any sport, improve without seeming to try that hard, and even gain a college scholarship just by their sheer athleticism. The number of athletes fitting into this category is so small that they are not even really worth discussing in the context of this article. The vast majority of athletes just do not fit into this group, and even the exceptionally gifted have to bring more focus and concentration into their sport because their counterparts are doing just that. The small numbers of truly gifted are actually dwindling and the gap between them and those not in that category is actually shrinking as well. The bar has certainly been raised for everyone.

So what are athletes, and/or parents, to do in a situation like this where both sides have strong views and beliefs, and those views and beliefs have a good basis of support behind them. It is a very interesting dilemma that has many in a quandary over the appropriate path to take.

Article #2 will discuss this dilemma in greater detail and give suggestions and food for thought regarding both sides of the argument. STAY TUNED!!!