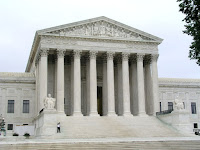 I set my Google account to alert me to breaking stories and news dealing with sports and youth sports issues. On opening up my email this morning I received an alert on my tag "athletic code." As I perused the titles and short briefs available I key in on one specific title, Maine Family Sues Over High School Honor Code from The Boston Globe at Boston.com.
It should be no surprise to anyone who has read my last two posts (Current High School Athletic Codes: Are You Aware They Have Changed? and Teens, Athletes, Parents, and Drinking: What's a Parent To Do?) that this would be of immediate interest to me. I promptly click on the title and head to the article knowing full well what I am about to discover, and this article did not disappoint.

The story of these parents, and I use that term loosely here, bringing suit against the school district over their Yarmouth High School student violating the school's "honor code" (athletic code) and being suspended for three weeks from her lacrosse team for a photo allegedly holding up a beer is all too typical.

The suit, filed through the family's lawyer Michael Waxman, claims that their daughter's constitutional rights of due process were violated by the assistant principal of the school and a third school official.

Michael Waxman goes on to say, and I quote from the article, "I don't feel comfortable with the school intruding into my home life or my kids' home life. If they do something on school grounds or at school-sanctioned event, they can discipline my kids. There's no doubt about it. But I'll handle my kids on weekends. I'll handle them at home."

Wow, Michael, there's certainly a stroke of brilliance in that thought process. I suppose then, if a teacher gave some assignment over the weekend that your son or daughter failed to complete and turn in on the due date, and received zero credit for because of this, you would claim that the school has no right to do this because your son or daughter was not at school, right???

The analogy above is a slight stretch, however, giving zero credit is the school's or teacher's consequence for not fulfilling the expectation for that assignment, and the suspension for a student athlete not abiding by the "honor code," (something every athlete knows full well going in) is the consequence for not fulfilling the expectation of that "honor code."

To not see this is to be blind to sound, ethical-based principles that are set up for the safety and benefit of all involved (let alone in support of the character development that these principles encourage) or circumvent appropriate consequences for self-serving and enabling purposes.

To me, this is very simple, and is exactly how I posed it to my two daughters as they entered high school as athletes: "These are the rules for participating as an athlete in high school, they are important and part of building your character, your and my signatures commits us both to abiding by these rules, you to follow them and me to hold you accountable for doing so. Your and my signatures is our word that we will abide by these rules, and your word is one of the most important things you can give to anyone, more important than our actual signature on this piece of paper. If you do not want to abide by these rules, then don't be an athlete, it is as simple as that."

The article goes on to identify another pending case in New Jersey for drug and alcohol policy violations off campus. That case surrounded a 15-year-old female student athlete who was eventually kicked off the team.

Keep in mind that these two cases are only a small representation of the actual numbers of athletes participating in these activities. They are the ones who were caught and the ones whose parents took it upon themselves to take their cases to court.

Now, I am not saying that all parents today are like this because they are not; however, in my 30 years of education (many of those coaching), I do see the type of attitudes supported by the actions taken by these parents becoming more common. And whether we like it or not, it does make life much more difficult for parents attempting to actually be "parents."

Like I said in my most recent piece, Teens, Athletes, Parents, and Drinking: What's a Parent To Do?, as difficult as it might be, when placed in a position where one must choose between being their son's or daughter's friend versus being their parent, there is only one choice to make, and that choice should be obvious.

Hey, Yarmouth High School student parents, get a clue, accept the 3-week athletic suspension for your daughter, teaching her a valuable life lesson - that rules do apply to her and that abiding by them, no matter how hard it might be, will build her character and strengthen her as a person on the inside.