Teens, Athletes, Parents, and Drinking: What's a Parent To Do?

In keeping in line with my last piece, Current High School Athletic Codes: Are You Aware They Have Changed?, I would like you to try something for me. Using your internet browser, pull up Google and type in High School Athletes Suspended for Drinking. Now click search and peruse what comes up.
Take a good look at the number of articles indicating suspensions for underage consumption of alcohol by athletes. Not much from 2010, certainly not yet anyway, but a good number from 2009 and earlier.

Sure seems like a fairly large number of suspensions right? That's even when we consider some of these pieces are a little dated. Furthermore, it is imperative to keep in mind that this search represents only a small fraction of the actual athletes who consistently break their athletic code through this type of illegal behavior. These were only the athletes who got caught, a very important point indicative of much larger participating numbers.

I can tell you with complete confidence that the number of athletes, and students, breaking their athletic codes by drinking is quite a bit larger. Parties where alcohol and other drugs are consumed by underage participants are a common occurrence, almost every weekend and in every community.

As I indicated in my most recent post regarding the athletic code, not a lot has changed with student athlete behavior and alcohol over the last several decades. Student athletes "partied" when I was in high school, they did it when I was coaching (even though I took a very strong ethical stand on this issue), they did it when my own kids were in high school, and they are still doing it. However, there is something, other than the more strict athletic codes of today, that has changed - and it is not necessarily with the student athlete.

Adolescents, just by their general nature, will push limits. I think it is part and parcel of who they are, along with a teen's inability to see that they are not invincible and that bad things can and do happen to them. What they need is solid parental guidance, some structure, to be held responsible and accountable for their behavior - so they learn where acceptable conduct ends and unacceptable conduct begins, along with a modest amount of discipline, all mixed in with a little understanding and compassion.

In my mind, this is where many have lost touch. The balance between all of these important aspects has really broken down. There seems to be such an overwhelming sense of understanding and compassion from parents and/or caregivers that when situations arise regarding a young athlete crossing the line (making a mistake), it turns into something that was "not the athlete's fault" or behavior that indicates "the rules don't apply" to them. There are even times when parents become "party" to (no pun intended), or most certainly turn a blind eye to, what goes on when it comes to alcohol and athletes underage drinking.

I don't know about you, but when I was in high school, parents were not their kid's best friend. Don't get me wrong, I was lucky enough to have a great relationship with my own parents and I could talk with them about anything, and/or get honest, sound advice when I needed it; however, I, as did most of my friends, had boundaries and limits. 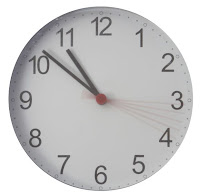 We had curfews, expectations and rules, and if we stepped over the line, something happened. We were held responsible and accountable for the things we did. We did not anticipate or expect our parents to appeal an athletic code violation - let alone take it to court to circumvent a suspension and get us back on the playing field.
Parents did not automatically take their son's or daughter's side when they did something wrong or protect them from the cost of their own choices. If we got into trouble, we were much more concerned about the consequences we were about to experience at home than the ones given out by the school.

It was uncommon years ago to see attitudes indicating that it was never the kid's fault or that the rules didn't apply. The rules did apply to us and, most times, it was our fault.

Parents were much less likely to turn a blind eye to activities that even they themselves may have participated in when they were kids, let alone put newspaper all over front windows of their house so individuals walking by could not see the underage drinking going on inside - something that allegedly happened last year on New Year's Eve in Elmhurst, IL (CBS 2 News: Student Athletes Suspended).

Parents were unlikely to ever call teachers to take a look at the final exam their son or daughter failed; leaving the initial impression that there must be something wrong with the test, not with what their kid either did or did not do. It was rare that students, and student athletes, in my day were given money, cars, spring break vacations, and other expensive items just because we turned 16. If the possibility of getting things like this existed, most of us would have had to earn them somehow. If my memory serves me correct, very few things were just given out free, at least not in the world I lived in.

And what about this ridiculous and crazy new trend of purchasing breast implants for a young lady's high school graduation present - seriously, am I living in the twilight zone? Maybe it is just me, but I seem to recall a lot less focus on the superficial back not too long ago.

Life lessons. They were taught through the experiences we had as kids, and parents were far less likely to get in the way of that learning. This sense of entitlement so many young people appear to exhibit today was just not as prevalent or pervasive in my years growing up.

This "enabling" short-term gratification parenting style has led to athletes believing that the rules simply don't apply to them, that putting their signature on a piece of paper (athletic code) having expectations and rules on it that they are supposed to follow, is simply a formality. There is no real meaning to them about the fact that they have made a commitment to a set standard of conduct, something that when followed, even when the pressure is great not to, builds character and integrity; nor is this meaning or these concepts truly supported or taken seriously by many of their parents. It just "is, what it is," something they have to sign in order to play.

As difficult as it might be, when placed in a position where one must choose between being their son's or daughter's friend versus being their parent, there is only one choice to make, and that choice should be obvious.

And we wonder why so many athletes today have very skewed ethical compasses.
Posted by Kirk Mango at 8:26 PM