Current High School Athletic Codes: Are You Aware They Have Changed? 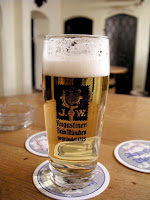 I am not sure about all of you, but back in my high school athletic days, I remember our athletic code focusing on a few basic points. You know, passing a certain number of classes, not smoking, drinking, and/or using drugs, showing good sportsmanship, etc. Basically, not engaging in behavior that was unbecoming an athlete - vague, yet understandable. And all of it centered on the athlete themselves not participating in said activities.
Were there some that did? Of course, and it is probably misleading to use that word "some" since that would indicate a small number. Back during the 70's when I was in high school, there were many more than some who broke the athletic code. With regard to this, not much has changed over the last 35 - 40 some odd years.

So, I hate to break it to those parents who may believe that the types of misbehavior most of us witnessed, and many participated in, as high school students and student athletes, has somehow vanished into oblivion. To believe that demonstrates a real disconnect with high school kids today.

However, that is a slightly different slant (something I may address on another day) than what I will focus on here. What I want to bring attention to in this article are a couple of definite shifts, one in particular, occurring in H.S. athletic codes since many of you were in your teens. As a parent, it behooves you to know what you are signing and agreeing to with regard to your student's high school athletic code as you send your budding young athlete off to practice.

Now I have a distinct advantage over most parents raising teen athletes today since I am part of the school system as an educator - 30 years, former coach, and parent of two graduated high school athletes. It is through these experiences that I have seen some significant changes in current athletic codes, at least in my area.

First, there is an increased emphasis on student athletes pulling better grades than what was once required years ago. Just passing most of your classes isn't good enough, certainly a change that was long overdue. What your student athlete's specific grade expectations are is something you really need to find out for yourself since each school district has their own set of expectations. However, I am sure this information is readily accessible within the athletic code of conduct for the school where your kids attend.

Second, and the area of major focus in this piece, is that student athletes are not only prohibited from any tobacco, drug use, or other illicit/illegal behavior, but are also expected to either not attend, or remove themselves from, social gatherings where such activities are taking place.

In addition, all of these expectations go beyond the season for which the athlete is participating in. They include their current season, all the way through the calendar year to the start of that same sports season the next year. That includes the summer. The idea here is that behavioral expectations like these should not just begin and end with an athlete's season; there is a bigger picture.

On a personal note, I was known as one of those evil parents. You know, the ones who call the house where the get-together is being held to talk to the parents, or personally meet them at the door when dropping off my high-school student, and asking them if they would be home to supervise and whether alcohol (other drugs) were allowed. The answer was always "yes" they would be home and "no" there would be no alcohol (drugs), but no sooner did 10:00 or 10:30 pm roll around and I'd get a call from my daughter stating that I needed to come and get her because of code violations.

I also distinctly remember friends within my other daughter's high school peer group all of a sudden disappearing from their group. When I asked what had happened, I always got that look. You know the one that says, "Dad, they started to 'party' (drink) and don't hang around us anymore." But I digress.

If all of this is news to you and you are not familiar with any of the "new" rules that exist for today's high school athletes, it is probably in your and your young athlete's best interest to familiarize yourself with all the rules that apply to you and to them. That little piece of paper, or card, that you and your son or daughter sign, that allows them to play high school sports is truly a promise, a commitment, to abide by any and all the expectations set forth in that code.

I guess my kids were right about one thing, there are some things that are tougher today than what once was in my day.