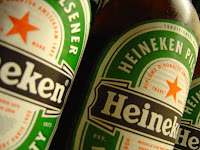 Supporting the information discussed in my article Current High School Athletic Codes: Are You Aware They Have Changed?, Milford High School (Massachusetts) has adjusted their athletic code policy to include consequences for athletes who attend social gatherings where alcohol is present, whether they are consuming or not.
Chairman Paul Mazzuchelli stated, "We feel those individuals who sign up for sports hold themselves at a higher level...Just being in the presence of illicit drugs or alcohol would be considered a violation of this policy."

In a unanimous decision last Thursday night, the school committee of Milford voted for stricter standards of student athletes, stating that the MIAA (Massachusetts Interscholastic Athletic Association) rules allow for this change, which now reads as follows:

This is a significant change over the previous policy that held student athletes accountable for consumption, possession, use, sale, or giving away of any controlled substance (alcohol, tobacco, marijuana, etc.), something that will surely test the character and integrity of athletes at Milford, in addition to the parents of these athletes.

Just reading many of the comments located at the bottom of this front page article from the Chicago Tribune, Adults put on notice about teen drinking, help to demonstrate the division in thought processes of parents on a topic such as this.

Even though the article above pertains to all teens and not just athletes, it is this type of divisiveness, especially from those supporting illegal underage drinking, that exponentially multiplies the effect of normal peer pressure that teens, and teen athletes, feel. It is not only that teenagers want to behave as adults, certainly not something new, but that there are a significant number of parents whose own behavior demonstrates a parenting style that supports, even encourages, such activities.

It is hard to argue that these parental shifts, along with the well-publicized media attention given to top athletes and their poor behavior, is partially to blame for the increased emphasis by many in our educational system, especially the athletic side, to warrant these swings in the athletic code. Whether directly or indirectly, consciously or subconsciously, they (parental shifts poor behavior from top athletes) do have some kind of impact on the thought processes of our youth today when it comes to underage drinking. Many young people just don't see it as an issue or problem.

As spring approaches, when prom and other end-of-school-year activities get into full swing, it is likely that there will be more attention brought to this issue. The sad thing is how many lives will change because of the inability of adolescents, and some of their parents, to see a bigger picture.
Posted by Kirk Mango at 6:08 PM