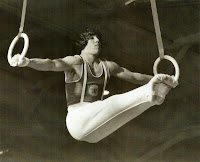 In an effort to further demonstrate this idea of Personal Ownership and Responsibility in Creating Athletic Success let me also relay to you a true event that occurred while watching my own kid play soccer on their high school team. It is customary for me to sit fairly quietly during games and just watch, giving only positive support when good shots, passes, or plays take place.

About mid-way through the game, a pass was made to a player nearing the goal, that player settled the ball and promptly took a shot that went pretty wide right of the target. The player’s parent was sitting in the bleachers in front of me and showed a slight level of disappointment but nothing out of the ordinary. A little while later the same thing occurred, only this time the shot went well over the goal post. A little more emphatic was the disgust, but again nothing that anyone could really hear unless you were sitting right there. It was not too long after that, the same player took a third shot that was, again, far off the mark.

Now I am not sure whether it was the fact that my kid was a senior captain and had played on the varsity team all four years or that this parent knew I was a teacher and had coached sports at the high school level or something else, but after that missed shot, the parent turned directly toward me and stated that the coach needs to spend more time with the team practicing shooting, and that their kid was much better at putting shots on goal during the club season. My response was simple and came directly from the principle concept I have been discussing in this post. I replied, “If an athlete is not happy with the amount of practice time spent on shooting and they feel they need more focused time on this skill, why don’t they take a ball and train this skill on their own after practice is over?” The parent looked at me for a moment or two, giving no response, and then turned back to watch the rest of the game.

My hope was that this parent understood the meaning behind my comment of encouraging their young athlete to take responsibility for making themselves better rather than leaving it up to someone else. You see, to me it was really irrelevant whether the coach spent time on shooting or not. I did not feel that my job as a parent of an athlete on the team was to try and evaluate what the team’s training needs were. I am only there to support and encourage, not to criticize and second guess. In addition, I have no idea how much time the coach spends on shooting, whether he feels he has other more important priorities for practice at this stage of the season (especially since practice time is governed by the amount of daylight), or whether he spends half the practice on this skill. And even if I knew that information and did not agree with what was being done at practice, I am extremely reluctant to criticize another coach’s training. Nothing positive will come out of doing that, plus, who is to say I am right? I learned a long time ago that there is almost always more than one right way to accomplish something and what might work best for me may not work best for someone else. So, I saw my job as a parent of a daughter on this team as one of support and encouragement—that is it. (In fact, I have a standing rule for myself, unless what the coach is doing endangers the health and safety of my child, it is up to my child to work out the issue they are having. Find a way, I always say!)

I am under the firm belief that it is this attitude of taking Personal Ownership and Responsibility in Creating Athletic Success that allows athletes, and teams, to reach levels of success others only dream of. That when one adopts this concept as part of their foundational belief system, doors of further opportunity open up for them, and more control over what happens to them becomes theirs to decide. As I have said before in other blog posts, that is when the impossible becomes possible.

There was a time when I assumed that my strong belief in this principle developed through the adversity I faced in the high school athletic experience I mentioned briefly in a previous blog post From the Athletes Perspective (http://becomingatruechampion.blogspot.com/2008/06/from-athletes-perspective.html). However, as we all grow older, and hopefully wiser, we start to reflect on the many happenings that occur throughout our life. The same is true for me, and I came to realize that it was actually my father who had planted the seed for this idea of personal ownership and responsibility. The athletic experience I had in high school was merely a situation for further growth of this seed that had been planted much earlier.

One day, when I was only about 5 years old, I remember coming in the house in tears to complain to my father that some bigger boys (of my own age) were picking on me. My dad was in the bathroom shaving as he listened to me babble through tears my complaint. Once I had finished my tearful jabber, and sympathetic requests for him to come out and take care of these guys for me, he turned to me and said “Gee, Kirk that’s terrible, what are YOU going to do about that?” I was completely taken aback by his response (since I fully expected him to come out with me) and distinctly remember, even at 5, thinking about the expectation that my father trusts and expects me to take care of this myself. I think it was at that moment that I realized, as well as a 5 year old can, that if I did not like something or wanted something, that the responsibility for taking the action needed was mine. To be completely honest, I don’t even remember what I did about the “bullies” down the block, but I most certainly remember this situation and the feelings of empowerment it left me with. It is so funny how clear some memories of early childhood experiences can be while others are just fleeting moments in time that disappear forever. This particular one certainly had an impact.

My purpose in telling that story is just to show how the little seeds of personal responsibility can be sown at fairly young ages. The situation does not have to be as drastic as the one I experienced. In fact, any situation where it is safe for a child to engage in personal ownership, and be expected to do this with the trust and confidence of his or her parents, can help support the belief in oneself of Personal Ownership and Responsibility for Creating Athletic Success, or any success for that matter.