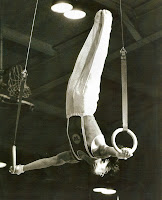 In order to best explain what I mean by the individual athlete taking personal ownership and responsibility for creating athletic success, let me develop an analogy that might help demonstrate this concept and the choices/options that go along with it.
Let’s say that a female athlete wants to become a very good volleyball player. She loves playing the game and has a real passion for the sport, along with some good athletic talent. However, the coach and program at her high school is not on par with the level of play this athlete wants to achieve. In fact, very little time is spent at practice on drills and situational play that focus on improving the base fundamentals and individual skills of the game (something all athletes at all levels need to continually and consistently work and improve on). The majority of practice is spent scrimmaging and playing various team games. Fun, yes, important, yes (at times), but without the right balance of fundamental skill work throughout the season, not very developmental.


I know that in most cases like this, many, including the athlete, tend to place blame and responsibility on the coach if they do not do well. The perspective, and comments, from the athlete, teammates (and probably parents too) would go something like, “we won’t ever be any good because our coach sucks.” I cannot begin to tell you the number of times I have heard comments very similar to or just like this from both athletes and parents in comparable scenarios. Maybe the coach is respected with a good track record, but people don’t believe he or she spends practice time on the right things. Or maybe it is believed that he or she plays their “favorites” over the “best” players during games. Maybe the coach “was” very good at one time but just seems to want to collect a paycheck and go home, not putting in much effort. Or possibly the coach has great intentions but truly is lacking in the type of knowledge that could really help the athletes. Or maybe the coach is just a volunteer who has never played sports and is filling in for the season. No matter what the scenario, even though there might be some (or even many) elements of truth, the usual end result of not being successful is that it is “his or her fault” (the coach’s), “not mine” (the athlete’s).

When this happens, the responsibility for the athlete’s success (or improvement) is taken completely off their shoulders and placed somewhere else. Excuses are ready made and easy to accept. In essence, they give up control over being able to make a difference for themselves, and their team. On the other hand, if the “athlete’s perspective” was one in which they accepted the environmental “cards” they have been dealt, taking full responsibility for the efforts they personally must put in in order to accomplish what they want, then a lot of positive things can start to happen for the athlete.

* focus on the things they do have control over; like their choices (the ones that either enhance or detract from their possible success).

* accept things that they have no control over (like their coach, practice facility or referee), making them less of a burden.

* open up thought processes that create opportunity by forcing the athlete to think about what they actually need to do and how to do it.

* take on the responsibility of prioritizing what they need to work on and organize their own time (whether inside or outside of practice) to accomplish this.

* build levels of self-esteem from the inside-out rather than the expectation of it having to come from the outside-in.

All of these thought processes are positive, life-long attributes applicable to success beyond the athletic arena.

Now how might this apply to our female volleyball player? Well, based on the scenario I created, you can see the athlete has the scrimmage time she requires. What is lacking is the fundamental and skill development needed to reach higher levels of play, and maybe the conditioning to go along with this. It may take some doing on the athlete’s part due to the team nature of volleyball, and the need for a partner to help with the skill work, but 20 – 45 minutes of well-focused extra time beyond normal practice (or during practice while they are out), 2 or 3 days a week – maybe less, training parts of the game they feel they are not getting, could make a huge difference.

Basically the athlete herself would take on an attitude personified by this statement, “Ok, if I am not getting what I need and/or want out of normal practice, then I will find a way to get it myself.” She not only accepts responsibility for what happens to her, she takes full control of making it happen. And with a little thought, a person can find a way to use this perspective in just about any scenario of adversity they face, whether athletic or otherwise.

With the intention of visually demonstrating this perspective, let me refer you to a couple of videos I have previously posted in my blog. I apologize if you have seen them before, whether here or somewhere else, but I think them significant enough to review again. Hopefully they make a deep and lasting impression on how important this concept is in helping an athlete tackle adversity and obstacles on the road to success. Keep in mind as you watch them how each, in their own way, symbolizes or inspires the intrinsic component of Personal Ownership and Responsibility for Creating Athletic Success. (Scroll below chat window to read post and view video.)

(Note: Personally, I cannot watch any of these without emotional and inspirational feelings welling up inside. They bring me right back to my competitive days long gone by.)
Part 2 Coming Next Week!!!