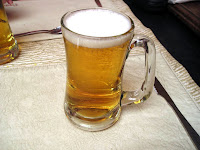 In Part I of 40+ High School Athletes Suspended: What’s Changed? I discussed the situation from which the title of this blog was created and referenced an earlier time to show some comparison. In this installment, I would like to actually answer the question posed in the subtitle, What’s Changed?


From my vantage point, the changes I see are more subtle in nature and less visible to those not working directly with kids; yet, in my opinion, they are certainly significant and impactful. Most would fall under the category of shifting parental attitudes. Kids, whether athletes or not, are kids and it is normal for them to try and exercise their independence by pushing limits. However, parental attitudes about those limits, along with other viewpoints, have certainly shifted or moved. And, as an educator, I have seen this movement continue as each decade passes.

I don’t know about you, but when I was in high school parents were not their kid’s best friend. Don’t get me wrong, I was lucky enough to have a great relationship with my own parents and I could talk with them about anything, and/or get honest sound advice when I needed it; however, I, as did most of my friends, had boundaries and limits. We had curfews, expectations, and rules, and if we stepped over the line, something happened. We did not anticipate or expect our parents to appeal an athletic code violation – let alone take it to court to circumvent a suspension and get us back on the playing field. Parents did not automatically take their son’s or daughter’s side when they did something wrong or protect them from the cost of their own choices. If we got into trouble, we were much more concerned about the consequences we were about to experience at home than the ones given out by the school.

It was uncommon in my day to see attitudes indicating that it was never the kid’s fault or that the rules didn’t apply. The rules did apply to us and, most times, it was our fault.

Parents did not call teachers to take a look at the final exam their son or daughter failed; leaving the initial impression that there must be something wrong with the test not with what their kid either did or did not do. It was rare that students, and student athletes, in my day were given money, cars, spring break vacations, and other expensive items just because we turned 16. If the possibility of getting things like this existed, most of us would have had to earn them somehow. If my memory serves me correct, very few things were just given out free, at least not in the world I lived in.

Personally, I remember one winter in junior high school (just before spring) after saving money and coming up one dollar short of purchasing a new baseball glove I wanted. I asked my father if he could help me out with that last dollar and he said “sure, go shovel the walk and I will give you that dollar.”

Life lessons were taught through the experiences we had as kids and parents were far less likely to get in the way of that learning. The sense of entitlement so many young people seem to exhibit today was just not as prevalent or pervasive in my years growing up. But I digress. Bringing the conversation back to the shift in parental attitudes, more specifically their viewpoint and behavior regarding school athletic codes, there is most assuredly a cause and effect taking place. In light of the shift in parenting attitudes, as detailed above, one can see how a situation brought about through an athletic code violation might be viewed differently by parents today.

I have been mystified by conversations with my own kids, and with other parents, which reveal the large number of parents who do not read the athletic code before signing it, do not require their son or daughter to read it and understand it, or who look the other way when violations occur, let alone create an understanding between them and their offspring that signing this code binds them to the rules within that code. That it is a contract of a code of conduct they sign between them and the school and if they do not agree with what is in the code, plan to abide by it, or use it as a means to make good, sound, healthy choices, then they should not be an athlete. And finally, that if they do sign the code making the choice to become an athlete, and then turn around and choose to violate that code, then they will be held accountable (even expected to hold themselves accountable) for the choice they made.

I am sorry to say that I believe, today, many parents and athletes just sign the code because they have to, not giving it a second thought. It is just a piece of paper they must sign and turn in with their physical, a requirement of the process that they are obligated only to do in order for them to play. How sad that is.