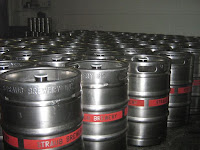 Recently reported by Dana Kozlov on Chicago CBS local news, and in Bob Sakamoto’s article 43 York athletes suspended, was a story concerning the recent suspension of 43 high school athletes for breaking their school athletic code. It happened on December 31st, 2008 (New Year’s Eve) where underage athletes were attending a “drinking” party. According to the CBS news report, area residents claimed that the homeowner, a mother in the Elmhurst community, had been home during the party with one resident describing paper taped to the windows and that kids were told to keep the party a secret.

Most of the student athletes suspended were only freshmen and sophomores and will, understandably, have consequences dished out according to the terms set forth in the York High School athletic code. The mother was reportedly charged and arrested for a misdemeanor – “allowing prohibited possession of alcohol,” with jail time as a possibility.

Some will read about this story and think how much kids and parents have changed over the years or how out of control things have gotten, while others will comment that this is “no big deal,” that this type of behavior is inevitable, and that the school has no right to involve themselves in anything kids do outside of school. You only need to view the CBS video link provided to hear the latter.

Of course with such an emphasis in my blog, and most especially in my forthcoming book, Becoming a True Champion, on athletes making good, sound choices and on development of good character, I most certainly have strong opinions on the subject as well. My first thought after watching this story unfold in the news, along with reading opinions on the internet, was of no surprise and that this is nothing new. That drinking parties like this, involving athletes, are very common, and not just at York High School but at a great many high schools. They are certainly not all happening with parental support or encouragement, as this one appears to have been, but they are most definitely occurring more than many parents might be aware.

I make these statements based on my experience as a former high school athlete and coach, a current high school physical educator, and as a parent of two recently graduated high school athletes. Being able to view situations like this from all four of these perspectives gives one a very unique vantage point from which to comment. That is why I find it confusing, disheartening, and almost amusing, that Robert Wagner (the Athletic Director at York High School) is quoted in the recent article More than More than 40 suspended at York on the Chicago SunTimes Yourseason.com as stating that this situation is “uncommon.”

Unless Mr. Wagner is referring to how uncommon it is to “catch” athletes engaged in this behavior, he is either naïve or practicing his PR skills by trying to diffuse the situation and decrease publicity. I hate to be the bearer of bad news, but situations similar to this one occur on most weekends and, in my opinion, it is best to deal with them from a more honest platform; burying your head in the sand or trying to cover up reality for the purpose of school image does no good for anyone. However, please keep in mind what I stated earlier, that York is not unique in having an issue with athletes drinking and violating athletic codes.

This brings me to back to the question provided in the subtitle of this blog, what’s changed? In order to answer that question completely, I need to go back several decades, back to the 70’s when I was an athlete in high school. I can say with all honesty that the athletes in my high school were doing exactly the same thing, with alcohol, that high school athletes are doing today. There were drinking parties almost every weekend and athletes were breaking our school’s athletic code regularly. In fact, there was also the so- called “cool” parent who knowingly allowed this to go on, maybe even provided the alcohol – though I cannot unequivocally confirm that part.

So if there was a good deal of underage athletes drinking over 30 years ago, and there was the occasional parent condoning even supporting this activity, then wouldn’t it be safe to assume that nothing at all has changed? Well, not exactly.